The World Without Us By Alan Weisman

Alan Weisman answers to these questions in The World Without Us, a beautiful non-fiction science book, that has been New York Times bestseller and Time magazine’s #1 in 2007. 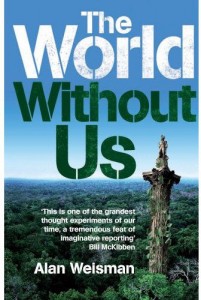 While researching for the book, he vastly travelled to special places on the Earth such as Bialoweiza Puszcza (the last stand of the European primeval forest), Varosha (a city of 20,000 in Cyprus, deserted by Turkish and Greek Cypriots alike since 1974), Kingman Reef (a sunken atoll), Ekati (a huge surface and underground diamond mine in Canada), the Texas City Prairie Reserve, Gulf Coast oilfields, the demilitarized zone between North and South Korea, Chernobyl and its ghost town Prypiat.

And he interviewed academics, scientists and other authorities, to understand humankind’s impact on nature, and predict what would happen to all our places and things if we were not living and using them anymore.

The list should give you an idea of the massive thinking behind Weisman’s idea. The multitude of places and people met is reflected in the book which is deeply science-rooted, but still (almost) never boring or unaccessible to non experts: even if it’s not always in plain English, it’s full of quotations, unexpected sources, provocative facts, surprising views of our world and even more fascinating predictions and visions of the future after such a particular apocalypse.

How much time do you think it would take to our cities to become forest? Well, 2 days only would be enough to see the New York city subway system flooded: 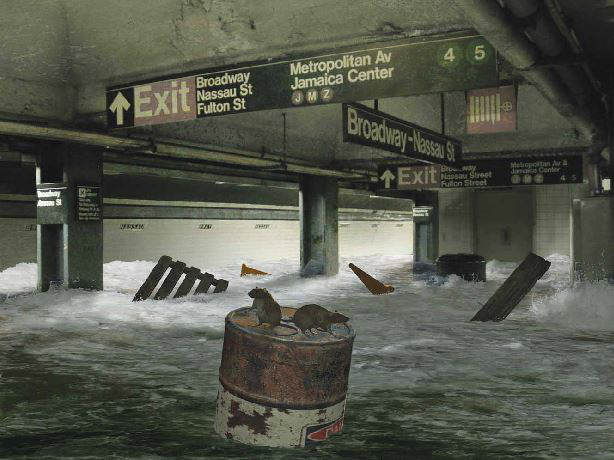 And in 500 years New York would be completely covered by forest: check the interactive timeline of the fall of New York by the Scientific American, commented by Alan Weisman. 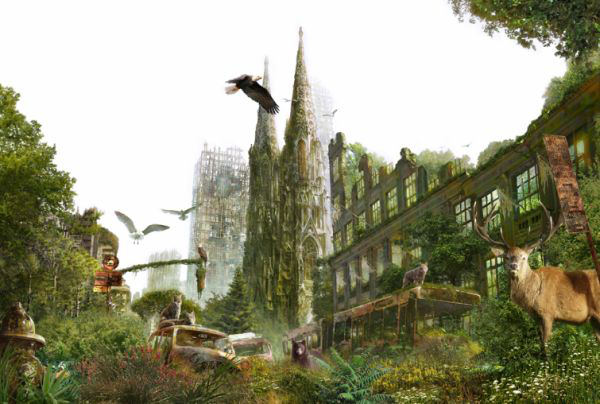 And what would be the longest lasting evidence of human presence on Earth? Radioactive waste, bronze statues, plastics, and Mount Rushmore would live a long long time.

But in space, the Pioneer plaques and the Voyager Golden Record included in the the 1970s-launched Voyager capsules would outlast the Earth itself. And radio and television waves, in Weisman’s words, “to the limits of our universe and our knowledge, they are immortal, and broadcast images of our world and our times and memory are there with them.”

Is this a book on the human extinction? No. Weisman doesn’t even think the human extinction is actually likely, and doesn’t spend time to think of potential causes of the human extinction. The World Without Us focuses on the environment. What matters in the book is how nature would react to the changes done by the man – basically, how the Earth would be able to self-heal.

But in talking about how the Earth would react, Weisman also reveals and underlines how much devastating the human presence has been and is for the Earth.

The conclusion of the book is another surprise, even if I’m not sure I agree with Weisman’s proposal, though. But I don’t want to spoil it.

If you haven’t read The World Without Us yet – do it now. The content is fascinating, and Weisman’s narrative is really thought provoking. It’s a recommended reading for everyone.

(Images by Kenn Brown of Mondolithic Studios, featured on WorldWithoutUs.com)

One response to “The World Without Us By Alan Weisman”