Post-Apocalyptic Movies To Watch Out In 2013 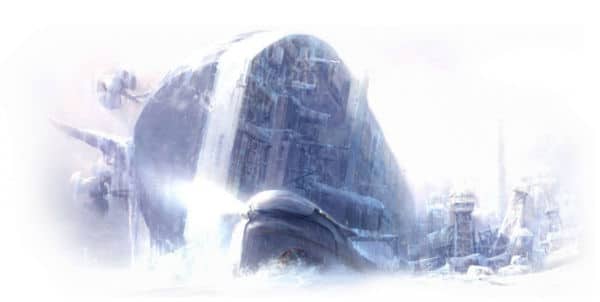 A few big Hollywood post-apocalyptic movies, starring actors such as Tom Cruise, Brad Pitt, Will Smith, Matt Damon and Jodie Foster along with a good number of small indie productions will be released in 2013. Aliens seem to be rising as the most popular reason behind the apocalypse, in particular for the biggest productions such as Oblivion, After Earth, Pacific RIM and Enders’ Game. Zombies are still another popular theme (World War Z, Warm Bodies, Battle Of The Damned, and Heart Land).

Any other PA movies to watch out? Just let me know and I’ll add it to the list below:

The Last Days (Los Ultimos Dias) (March): an interesting Spanish production. A mysterious epidemic spreads across the planet. Humanity develops an irrational fear of open spaces, an agoraphobia that causes instant death. The survivors are trapped inside buildings.

The Host (March): in this movie, based on Stephenie Meyer’s books and marketed as the post-Twilight saga, a species of aliens has taken over the humans’ minds, but some humans refuse to give up their minds. The soundtrack is by Antonio Pinto (I love his music!)

The Colony (April): a $16m sci-fi thriller indie production starring Bill Paxton, about a group of underground survivors after the next Ice Age, fending off an invasion of feral cannibals. We know so far that it has been shot at the decommissioned N.O.R.A.D. (North American Aerospace Defense Command base) of North Bay, Ontario, Canada:

Oblivion (April): Hollywood big production, based on the Radical Comics graphic novel Oblivion by Joseph Kosinski, and directed by Kosinski himself. Starring Tom Cruise as a drone repairman in post-apocalyptic earth, and other stars such as Morgan Freeman. The second official trailer has just been released a few days ago:

After The World Ended (June): a story taking place on an alternate future time line of Earth. The path of different characters crosses in a post-apocalyptic world:

This Is The End (June): a dark comedy on the end of the world. Guests (Seth Rogen, Emma Watson and singer Rihanna among the others) at a celebrity party at James Franco’s house are faced with the apocalypse.

World War Z (June): based on World War Z: An Oral History of the Zombie War, the great post-apocalyptic zombie novel by Max Brooks, this is one of the most looked forward PA movies of 2013. A U.N. employee (Brad Pitt) travels the world trying to stop the outbreak of a deadly zombie pandemic.

Snowpiercer (August): the few human survivors of an Ice Age post-apocalyptic future take shelter in a train, on which a revolt between classes begins to ferment. It sounds as one of the most promising post-apocalyptic movies of 2013, I’ll keep a special eye on it.

Elysium (August): starring Matt Damon and Jodie Foster, Neill Blomkamp’s (District 9 director) movie takes place in the near future, when the very wealthy 1-per-cent lives on a space station while the rest of humanity survives on the ruined Earth.

Ender’s Game (November): based on the popular novel of the same name by Orson Scott Card, this sci-fi movie starring Harrison Ford sees a gifted child sent to an advanced military school in space to prepare for a future invasion, 70 years after a horrific alien war.

The Zero Theorem (December): in the latest Terry Gilliams’s movie, an eccentric and reclusive computer genius, living in an Orwellian corporate world, works to solve a mathematical formula which will finally determine whether life has any meaning.

Heart Land (release date unknown): an indie production about a group of children struggling to survive in a post-apocalyptic America.

The Wind Is Watching (release date unknown): in 2037, a woman travels through war-torn America looking for her brother, after a natural disaster has given rise to a new militarized America.

Battle Of The Damned (release date unknown): following a deadly viral outbreak, a private military soldier (Dolph Lundgren) leads a handful of survivors and a ragtag band of robots against an army of the infected. 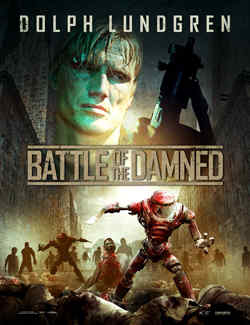 Dust of War (release date unknown): in a post-apocalyptic American frontier, a lone soldier fends off a brutal warmonger to rescue a girl fated as the savior of humanity. Another really promising movie to watch out!

Scorched Earth (release date unknown): a bounty hunter (Sean Bean) goes off in search of the most wanted criminal in ravaged wastelands, after the Earth suffered an environmental collapse and billions died.

Orion (release date unknown): a promising indie movie by the Canon Filmmaker Award winner Ariel Norton. A savage hunter fights his way through a post-apocalyptic wasteland in search of his brother.

Sleep, Wake, Forget (release date unknown): a low budget production, in which years after civilization has fallen, two brothers who were able to survive this destroyed world thanks to their ability to look into the minds of others – defend themselves against the creatures that mankind had become.

Curio Shop (release date unknown): on their Facebook page, it’s described as a post-apocalyptic acid western, about two brothers who struggle to avenge the wrongs done to their family.

Re-entry: Grey Zone (release date unknown): in 2018, many parts of the worlds are contaminated by an unidentifiable life form from the space. The human civilization is facing extinction. A scientist and a guide enter illegally into a contaminated area.

The Philosophers (release date unknown): a philosophy teacher challenges his class of twenty graduating seniors to choose which ten of them would take shelter underground and reboot the human race in the event of a nuclear apocalypse.

6 responses to “Post-Apocalyptic Movies To Watch Out In 2013”