Aftermath: When the Earth Stops Spinning

What if the spin of the Earth slowed and eventually stopped in a few years? Aftermath: When the Earth Stops Spinning, one of the episodes of a 2010 documentary television series (Aftermath) created by History Television Canadian station and aired in the US on the National Geographic Channel, tries to answer that question. 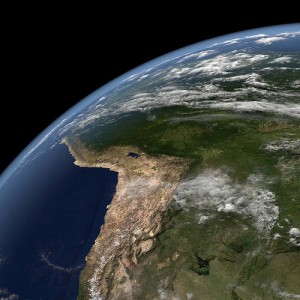 The series describes what would happen to our planet if planetary conditions changed drastically, within our lifetime. In Aftermath: When the Earth Stops Spinning the spin of the Earth starts slowing down dramatically – and stops in 5 yrs, with deep effects on time measurement, economy (the all-day, all-night stock markets crash because the day is longer than 24-hours), geography (the oceanic masses move flooding Russia, Canada, and Antarctica at first, then would just ), air density, people migrations, electromagnetic field, geophysics and life of all the creatures on the Earth.

How could humans and animals and plants possibly cope with the changes in the atmosphere, gravity, climate? Would the Earth still support human life at the end?

It’s a very interesting apocalyptic scenario, the same as The Age of Miracles.

The show seems to be more focused on the entertainment rather than the edutainment or the pure scientific side. The apocalyptic scenario doesn’t seem that likely, no real explanations are given on what actually might cause the slowing, and the documentary seems to be lacking of credible scientific basis, so it raised a few eyebrows in the audience. But it’s still enjoyable unless you are expecting a scientific documentary.There are some Q&A on the show and the topic of the Earth spin slowing in thescienceforum.com.

Watch it in HD: